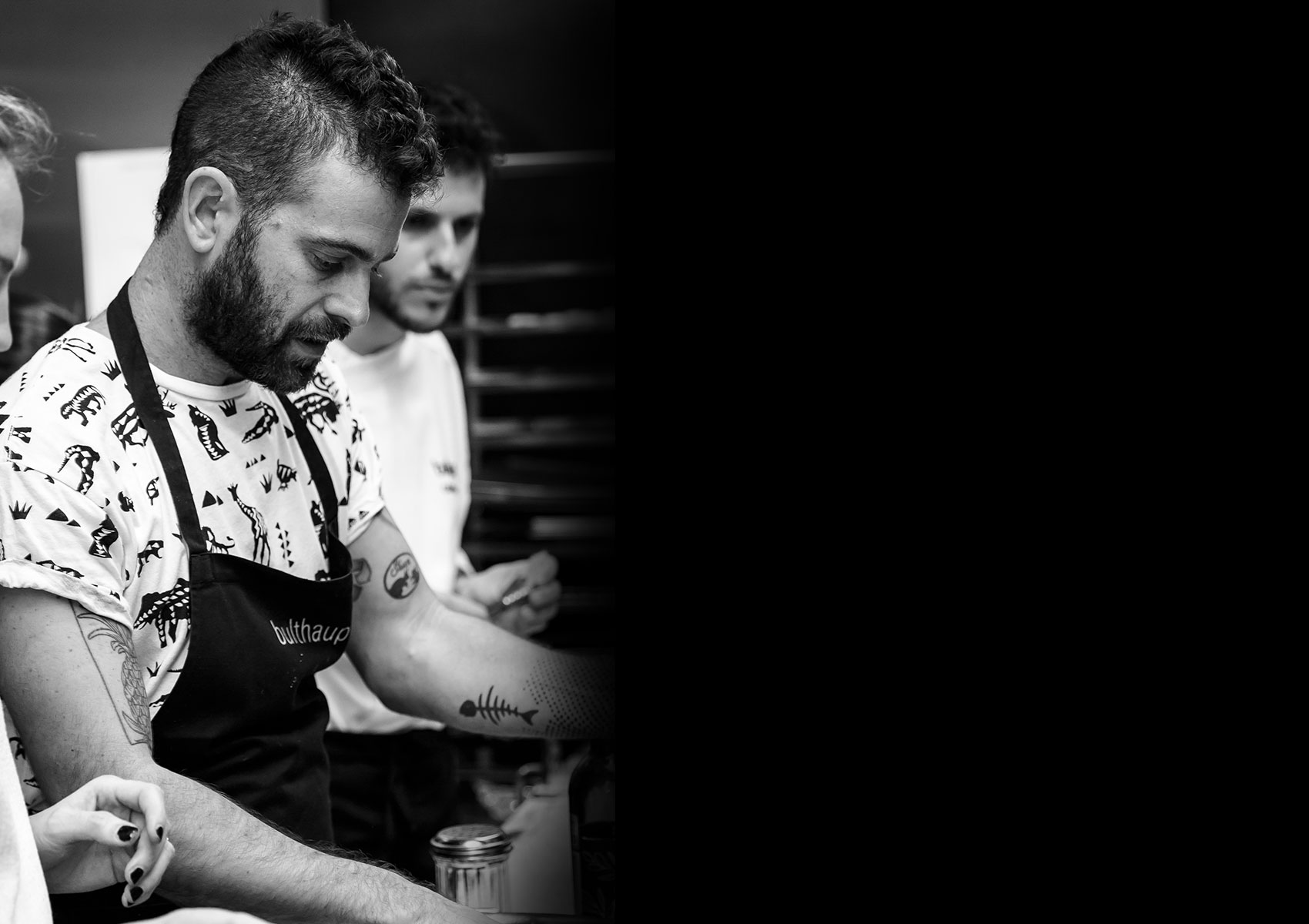 Chef Omer Miller began his culinary journey with two years of training in New York. When he returned to Israel, he began working with FoodArt, a leading Israeli caterer, and soon became its head chef. As a leading chef in Israel, Miller sets the tone in the media through colorful and opinionated publications that are followed by many. Miller published his first recipe book, “Israeli Cuisine”, in 2010. He has two cooking programs on television and owns two popular Tel Aviv restaurants: Cheder Ha’Ochel (The Dining Hall) and Shulchan (Table).